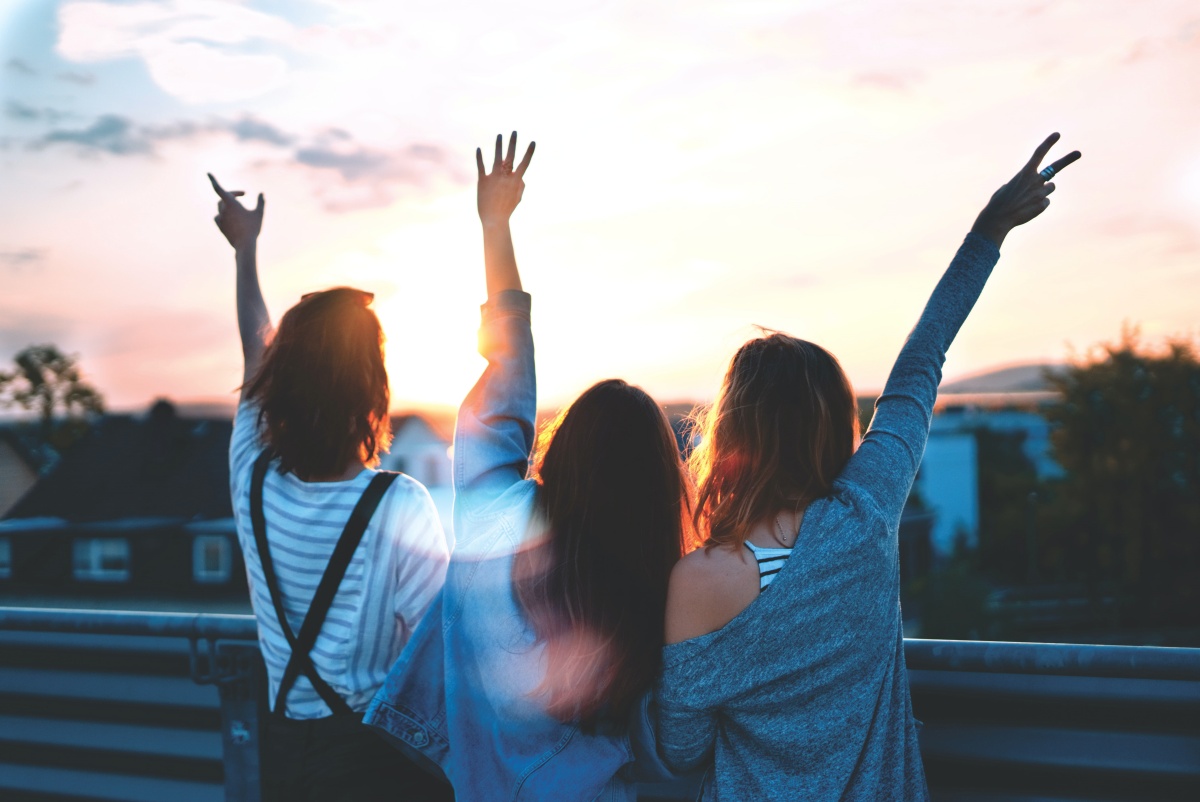 "To create reality, focus beyond the outcome, as if it has already happened."

For many years, I worked as a cashier in a grocery store, on my feet eight hours a day, checking out people’s groceries. There were many days when I didn’t feel like being at work, but it was necessary; I needed to work to pay my rent. So, I’d stick a smile on my face and engage in pleasant chit chat with the customers as they came through my line. And guess what? Even though I’d started the day feeling grumpy, by the end of my shift I felt much better because I’d been smiling and cheerful all day! I discovered that if I acted as if I were happy, I’d actually end up feeling happy inside.

Happiness researcher Sonja Lyubomirsky says the science supports the notion that if you act as if you’re happy, you will be. In her book The How of Happiness, she names acting as if as one of the top 10 happiness strategies. "Pretending that you’re happy—smiling, engaged, mimicking energy and enthusiasm—," she said, "not only earns you some of the benefits of happiness (returned smiles, strengthened friendships successes at work and school) but can actually make you happier."

The research of social psychologist Amy Cuddy indicated that our body language influences how we feel. She invented the concept of “power posing,” in which you adopt an expansive stance to increase your internal sense of being powerful. She suggested that by taking what she dubbed the "Wonder Woman" pose—feet apart, hands on hips, chest out and head high—that you could help yourself feel powerful, especially useful if you’re about to give a presentation, meet your future in-laws, or any other situation in which you feel vulnerable or unsure of yourself. In other words, how you hold your body (outside) can have an enormous effect on how you feel (inside). Cuddy’s research at Harvard demonstrated that participants who held a high-power pose for just two minutes actually began to feel more powerful and performed better in mock business interviews than the participants who held a low-power pose. Not only did they feel expansive inside, but their body chemistry also changed according to Cuddy’s findings. Levels of cortisol, the stress hormone, decreased while levels of testosterone increased.

Acting as if you already have what you desire and adjusting your body language accordingly is the secret ingredient that many spiritual leaders recommend in order to create or manifest what you want. Dr. Joe Dispenza teaches people how to change their energy and attract the possibility they want from the quantum field, whether that’s physically healing from a disease or becoming a wealthy person. He suggests that you think of your future reality as if it already exists and then feel it inside you as if it already exists. If you feel like a wealthy person, and walk and talk like one, then you are acting as if you are already your future self and sending out a frequency that will connect with the frequency of the future possibility (wealth) that you want. Acting as if will help you realize, or manifest, the future you desire a lot sooner than if you persistently think about what you don’t have. Thinking like that just reinforces your sense of lack—and lack is what you’ll get back.

"There is a vast difference between dwelling from and dwelling upon the life you wish to lead," said Mike Dooley, author of Notes from the Universe. "It’s the difference between acting as if you’re already at your end result, living your life from that viewpoint (to the degree that you can) rather than gazing upon it wistfully from a perspective of 'have not.' It closes the gap and presumes success: you’ve already arrived!"